Thank you for registering for the ESCA ALL IN Panel Discussion.
You can now simply use your email address to access this page at the time of the event.
If you’d like to add this event to your Calendar, click one of the links below.
Please join us HERE, on this page, on June 15th at 12:30pm CT for the discussion.

For more information go to www.esca.org/advocacy 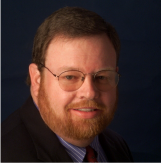 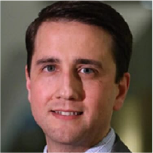 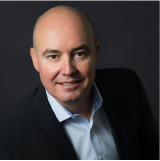 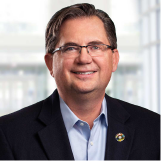 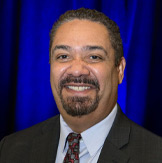 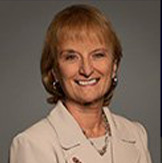 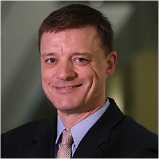 David is a thirty-year veteran of the convention and trade show industry—where he oversees the overall management of the nation's largest convention center.

In 1994, David moved to Chicago to oversee the 170,000 mid-size-convention facility built as part of the redevelopment of Navy Pier. In 1999, he moved to McCormick Place.  His current duties include managing this premier facility with 2.6 million square feet of exhibit space, 173 meeting rooms, and a 10,000-seat multi-purpose arena.

Neil McMullin joined the Fern team in May of 2012. Neil has spent the last 17 years in the Exhibition and Events Industry as a General Manager of convention centers, conference centers, arenas, and performing art venues in various locations throughout the country, working for a private venue management firm before joining Fern's senior leadership team. Neil has a lifelong passion for working in live events. Neil is responsible for field operations, including quality control and implementing best practices to ensure consistent delivery of high-quality services and products. Neil also oversees all creative services, including structural design, graphic design, production and technology solutions, and carpet operations.

Neil has been a board member of the Exhibitor Services & Contractors Association since 2013 (ESCA), which includes serving currently as President of the Board. Neil is also an active member of the International Association of Venue Managers (IAVM) and has served as the Chair of the Convention Center Sector Committee. Neil graduated with a degree in Facility and Business Management from BYU.

With over 25 years of experience in trade shows and events and as President since 2006, Randy Pekowski has led The Expo Group in realizing double-digital organic and acquisition annual compounded growth. Randy has been heavily involved in both strategic planning and operational execution throughout his career.  His insight and leadership in process and technology innovation led him to become an inventor-of-record for The Expo Group's Automated Convention Processing System and Method (U.S. Pats. 6,557,007 and 6,721,763), that enables the company to deliver its renowned Single Source Solution® service delivery model.

Since that time, his servant leadership continues to challenge the status quo of the competitive landscape through corporate transformation, organizational culture, and financial performance, creating long-term value for the generational company.  Randy enjoys sharing his experience as an active board member in YPO and member of IAEE, PCMA, and ESCA.  He holds a Bachelor of Business Administration degree in Management from Texas A&M University and post-graduate studies in Owner President Management from Harvard Business School.

He joined GES in 1994 and has more than 30 years of experience in the exhibition, event, and face-to-face marketing industry. During his tenure with GES has held multiple positions in sales, sales management, and operations management.  He has been instrumental in re-aligning several GES sales teams, led the development and successful launch of several GES client-facing technology solutions, and enjoys helping our clients exceed their live event goals.

Jeff is a past board member of IAEE and CEIR and is also a member of PCMA.  He holds a Bachelor of Science in Industrial Management from the Oregon Institute of Technology.

Joanne Sanders is an International Vice President of the International Alliance of Theatrical Stage Employees (IATSE), the largest entertainment union in the world. The IATSE represents workers in the film, television, live theatre, music, and convention and tradeshow industries. She is a member of IATSE Locals 30 and 893 in Indianapolis.

Over the past twenty-five years, Joanne has been instrumental in increasing awareness of workers' rights, women's issues, and overall civil rights. She serves as National Secretary for the Coalition of Labor Union Women and is Chair of the IATSE Women's Committee.

Damon Ross is a Senior Group Vice President at CORT Events.  Damon joined CORT in 1998, and prior to his current position with CORT Events, he was Executive Director of Operations for CORT Events and Area Manager for CORT in Southern California.  Before joining CORT, Damon served in various leadership roles across multiple industries, including financial services, distribution, and manufacturing.

Damon is currently serving as Vice President of ESCA and has been a proud ESCA member since 2013.  He is co-chair of the Diversity and Inclusion committee for ESCA.  He and CORT support industry associations that promote tradeshows, meetings, and events.